Members of the Advisory group advise the Foundation management on specific matters arising in production, markets, regulation and research.

Their contribution is normally made without charge and is very greatly appreciated. From time to time they are asked to conduct projects for the Foundation or Friends on a consultancy basis.

Following my research at Sheffield Hallam University, and latterly a post at at the University of Salford, I am working for Rawwater Engineering Company Limited as a senior project officer.  This company is an oil industry service company providing research and consultancy in the field of oil reservoir souring, reservoir microbiology, water chemistry and souring control.  As a senior project officer I have managed the company’s ion chromatography system (used for the assessment of water chemistry and souring remediation strategies for several major oil company clients); this involved me writing and implementing the necessary laboratory procedures (according to ISO 17025 standards with regard to auditability and traceability as well as the implementation of necessary changes when corrective actions have dictated such changes).  I have a working knowledge and experience of systems and practices commensurate with ISO 9001 accreditation.  During my time at the Company my role has enabled me to acquire a good working knowledge of the biology/biochemistry (and microbiology) of the role micro-organisms play in oil reservoir souring; particularly with regard to maintaining the populations of both nitrate-reducing bacteria and sulphate-reducing bacteria/sulphate-reducing Archaea in pressurised bioreactors which are used to simulate realistic physiochemical conditions to investigate chemical dosing for the control of oilfield reservoir souring.

Between 2006 and 2013 I worked as a Research Fellow for the Centre for Food Innovation (part of Sheffield Business School at Sheffield Hallam University) undertaking projects for SMEs and large (blue chip) food manufacturers.  The projects undertaken were very varied and covered areas such as the authentication of ingredients, food quality, food safety, shelf-life assessments and studies, microbiological investigations, modified atmosphere packaging, replacement of salt in bakery, meat and dairy products, nutritional and satiety studies, flavour tainting between products (analytically and organoleptically), novel ingredients (in particular Ascophyllum nodosum (and Pelvetia and Fucus species)).

Since part of my roles and responsibilities as a Research Fellow was to generate income for the Research Centre and encourage businesses to utilise our microbiological knowledge and expertise here at the University; I was heavily involved as the technical manager (and latterly as quality manager) in our bid to achieve ISO17025 Accreditation.  As a result of this I have a thorough working knowledge of what is required to work to UKAS accreditation criteria.  I wrote and implemented all our laboratory procedures (according to ISO methods) with regard to auditability and traceability, undertaken investigations and implemented necessary changes when corrective actions have been required, co-ordinated and participated<

Ole G. Mouritsen PhD DSc FRSD is a physicist and professor of gastrophysics and culinary food innovation at the University of Copenhagen. He is an elected fellow of the Danish Academy of Sciences and Letters, the Danish Academy of Technical Sciences, the Danish Gastronomical Academy, and Sigma Xi. He is the author of several scientific books and about 400 scientific papers and reports, in addition to being recipient of a number of prestigious science and science communication prizes, most recently the DuPont Nutrition & Health Science Medal for Excellence in Food Science (2016).  In 2016 he was appointed Japanese Cuisine Goodwill Ambassador appointment by The Japanese Ministry of Agriculture, Forestry, and Fisheries. In his spare time, he cooks, collaborates with chefs, furthers his knowledge of all aspects of food, and writes articles and books about the science of food and taste, including Sushi: Food for The Eye, the Body, and the Soul (2009), Seaweeds: Edible, Available & Sustainable (2014), Umami: Unlocking the Secrets of the Fifth Taste (2014), Life-As a Matter of Fat (2015), and Mouthfeel: How Texture Makes Taste (2017). He is currently president of the Danish Gastronomical Academy and director of the Danish national center for taste Taste for Life.

In addition to books about seaweeds as food, he has published a number of scientific papers on seaweeds with a focus on taste, in particular umami and mouthfeel, and the gastronomical value of macroalgae. 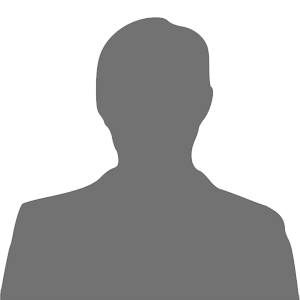 After a career in industry as General  Manger of a company making licensed natural medicines, food supplements and cosmetics, Penny Viner spent 7 years as Director of the Health Food Manufacturers’ Association (HFMA),  whose members manufacture food and medicinal products,  and is now its Vice President.    Penny also chairs the UK Herbal Forum, and is Director and Secretary of the British Association of Homoeopathic Manufacturers.    Previously she was a Director and Secretary of the UK branch of the European Food Law Association.   She was a member of the  British Pharmacopoeia Commission Expert Advisory Group on Herbal and Complementary Medicines and  a member of the Ministerial Herbal Medicines and Practitioners Working Group , set up to advise the Government on regulatory options.   Until end 2013 she was a Project manager for the International Alliance of Dietary/Food Supplement Associations (IADSA), writing its monthly newsletter and coordinating its Scientific Group.    Currently, she writes a quarterly International Regulatory Supplement for the European Federation of Associations of Health Product Manufacturers, and  is Vice-Chairman of its Botanicals Working Group.  Penny is also an independent consultant on food and medicines regulation.